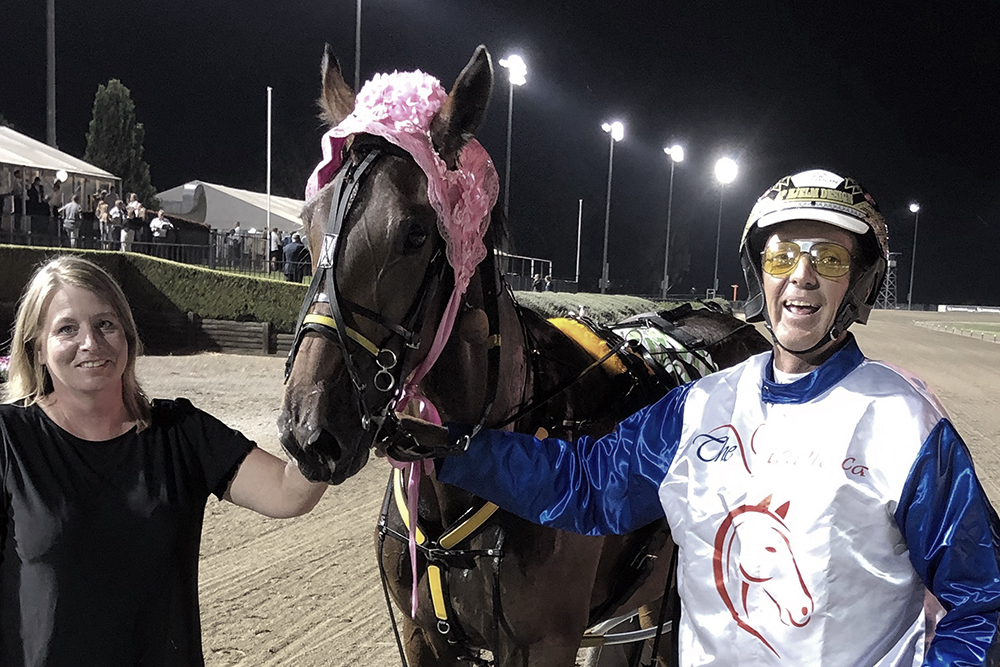 Trainer Darren McCall piloted the daughter of Heston Blue Chip to a rousing half-length win in 1:55.6 at odds of 15-1. It was the filly’s second career start after finishing third in her career opener two weeks prior.

Created by Anthony and Amy MacDonald of Guelph, ON in 2015, the award-winning business currently trains 126 Standardbreds owned by 800 clients from 12 countries. The innovative and engaging model invites people to own a little and love it a lot. Clients can purchase as little as one percent of a horse, making the thrill of harness racing and racehorse ownership easy, accessible and affordable.

Anthony MacDonald purchased pacing fillies Girl From Oz and Rockindownunder at the Australian Pacing Gold Yearling Sale in Sydney, AUS in February 2019 at the tail end of a two-week speaking tour.

Rockindownunder (Warraawee Needy) has also shown early promise and was AE2 for the Pink Bonnet. She is campaigned by Robbie and Kerry Ann Morris of Lucky Lodge and makes her next start on Monday, March 1 at Bathurst Harness Racing Club.

The next stakes engagement for Girl From Oz is the Bathurst Gold Tiara (part of the Gold Crown Carnival) at Bathurst Harness Racing Club in late March.