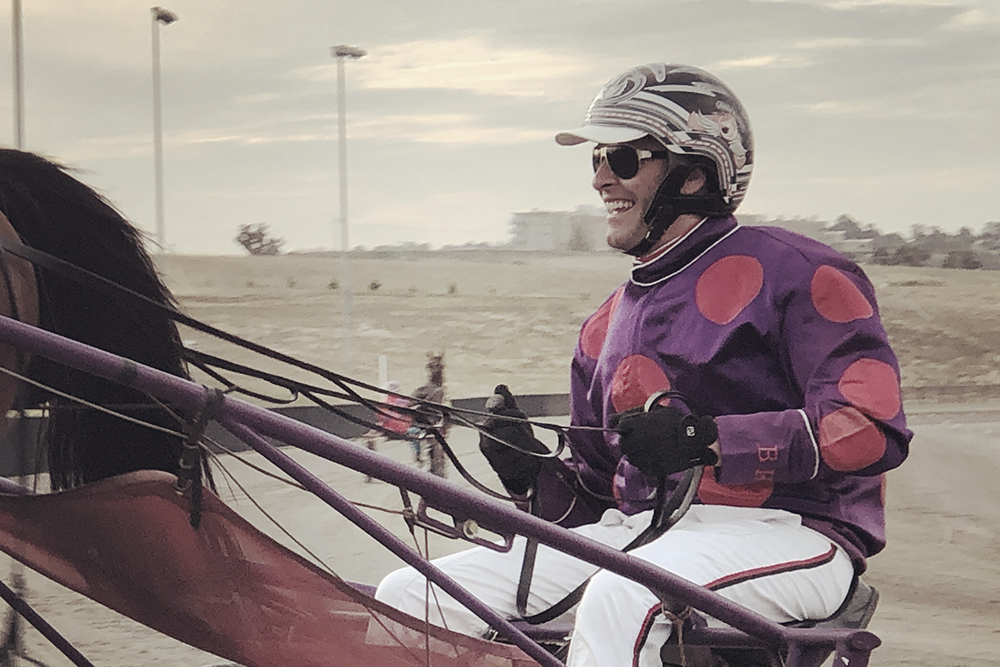 The Stable concludes speaking tour in Australia with yearling buys

The two-week gig covered 16 venues across 2,000 km throughout Victoria and New South Wales and concluded with the purchase of two Australian pacing fillies. The yearlings will be owned in part by clients of TheStable.ca and will be trained and campaigned in Australia by local trainers keen to start their own fractional ownership operations.

TheStable.ca is an award-winning fractional racehorse ownership business based in Guelph, ON and operated by Anthony and Amy MacDonald. The pair participated in a similar tour hosted by Harness Racing New Zealand in September 2018.

There are currently 137 Standardbred horses (including 75 two-year-olds) in TheStable.ca owned by 634 people from 11 countries worldwide.

“It was a pleasure having Anthony in Australia to talk about TheStable.ca and fractional ownership,” said Daniel Cordina, a Director of Club Menangle and Vice President of the NSWSOA. “As an association, we’ve learned a lot about fractional ownership in this short amount of time and look forward to the next 12 months to foster this project.

“Anthony’s passion has been contagious, and it was something that our industry needed. The message has spread quickly; we need an Anthony to set up in Sydney!”

The tour was intended to inform racing participants, administrators, executives and local politicians about this proven model with the intent of replicating the system to attract new owners and grow Australian harness racing. Several trainers showed interest in establishing their own fractional ownership stables based on TheStable.ca’s model of delivering unique entertainment experiences for its clients.

Four of those interested parties will be responsible for the development of the yearlings purchased at the APG Sale. Darren McCall and his wife Karina will condition the Heston Blue Chip – Girls Go Racing filly (Lot #319). Robert Morris and KerryAnn Turner (Lucky Lodge Stable) will train Lot #407, a Warrawee Needy filly out of Rockin Lu Lu.

“People must realize that horse racing faces the same hurtles all over the world,” said Anthony MacDonald.

“We are shrinking, and I believe the owners, trainers and their horses are the key to stopping this trend. But educating our horsepeople about how to market and advertise themselves can be a difficult proposition, and one that will take time. Providing a venue for dialogue is the first step. Australia certainly understood that.

“The trainers Down Under were curious to see what our ownership model looked like once we unpacked it in front of them. They understand that the future of this industry lies in its growth. Our message was simple: The more people that participate in horse racing, the brighter the future will be for all of us. That’s the same in all hemispheres.”

During the tour, MacDonald also drove three horses at Bathurst Harness Racing Club. Donning the polka dot silks of the horses’ owners, he didn’t add to his 3044 career wins, lamenting instead that, “losing feels the same on both sides of the world.”

The innovative and engaging model of TheStable.ca invites people to own a little and love it a lot. Clients can purchase as little as one percent of a horse, making the thrill of harness racing and racehorse ownership easy, accessible and affordable. The MacDonalds built this fractional ownership stable as a bridge — a way to welcome newcomers to racehorse ownership with a very modest investment (as low as $80), low-risk, and completely accessible and transparent operations.

The ownership experience with TheStable.ca includes: bi-weekly professionally produced broadcasts of the horses in training, delivered via livestream; weekly commentary videos about all horses; weekly email communications; special events, including Open Houses; and the open invitation to visit the horses at TheStable.ca base at Tomiko Training Centre.