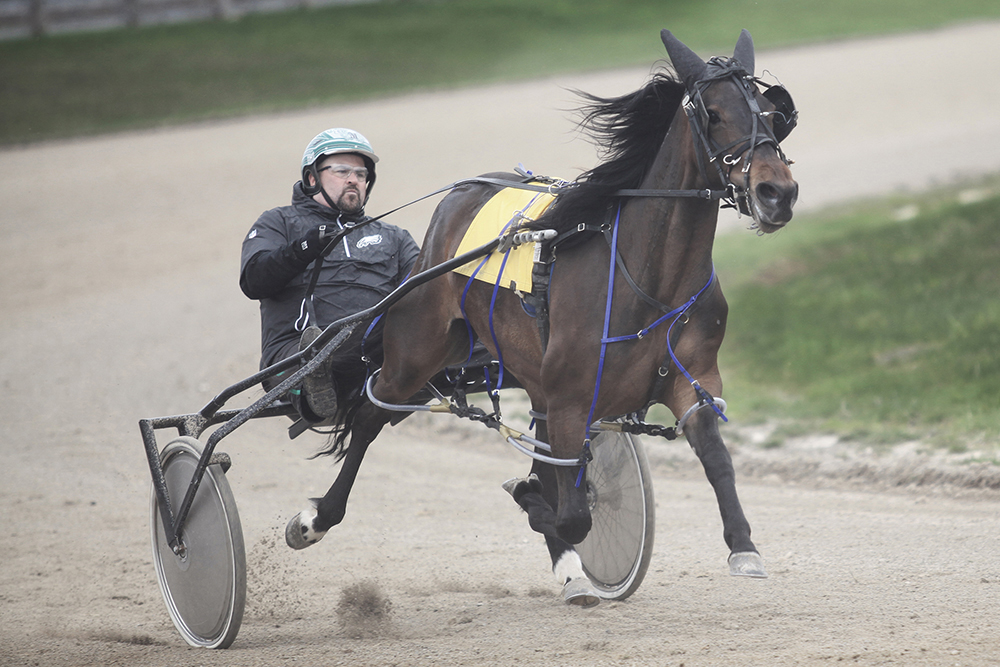 Training triple for McGinnis and TheStable.ca in Ohio Sires Stakes

Jason McGinnis conditions the Ohio freshmen and sophomores for TheStable.ca. On July 3, he sent four two-year-olds postward in four $40,000 divisions of the Ohio Sires Stakes at Northfield Park.

Spend That Money wired the field to win her second race in as many outings in 1:58.3. James MacDonald drove the Uncle Peter filly. She was an $11,500 yearling purchase for TheStable.ca at the Ohio Select Sale and is currently owned by 24 clients of the fractional ownership operation.

McGinnis missed a fourth win by less than a length in division three when 12-1 Alesund cut the mile and fought to hold on for the win but succumbed to Delovely Hall and finished second.

The 1:57.3 mile in that division set a new North America season’s record for a half-mile track, but TheStable.ca’s Manofmanymissions daughter Globetrotting quickly matched the mark in division five. Anthony MacDonald drove the trotter to a one-length score, her second win in as many starts. She was a $21,000 yearling purchase for clients of TheStable.ca at the Ohio Select Sale and is currently owned by 18 clients.

Compass Rose DC is owned by 15 clients of TheStable.ca and was a $16,000 yearling purchase. She won her first outing by nearly three lengths in 1:59.4 with James MacDonald.

Earlier in the day, TheStable.ca won a division of the PA Stallion Series at The Meadows. Ill Play It Alone hung on to win by a nose with Anthony MacDonald for trainer Tim Twaddle in the $20,000 dash. The 1:54.4 score was the pacer’s first win in two ties for 32 clients who own the Somebeachsomewhere gelding which was purchased for $14,000 as a yearling in Harrisburg.

In the past week, TheStable.ca has campaigned 46 starters (including 33 freshmen) at 11 tracks throughout Canada and the U.S., recording nine wins and 24 top-three finishes while setting a world record and matching or besting a trio of season’s records for its 680 clients located in 11 countries wordwide.