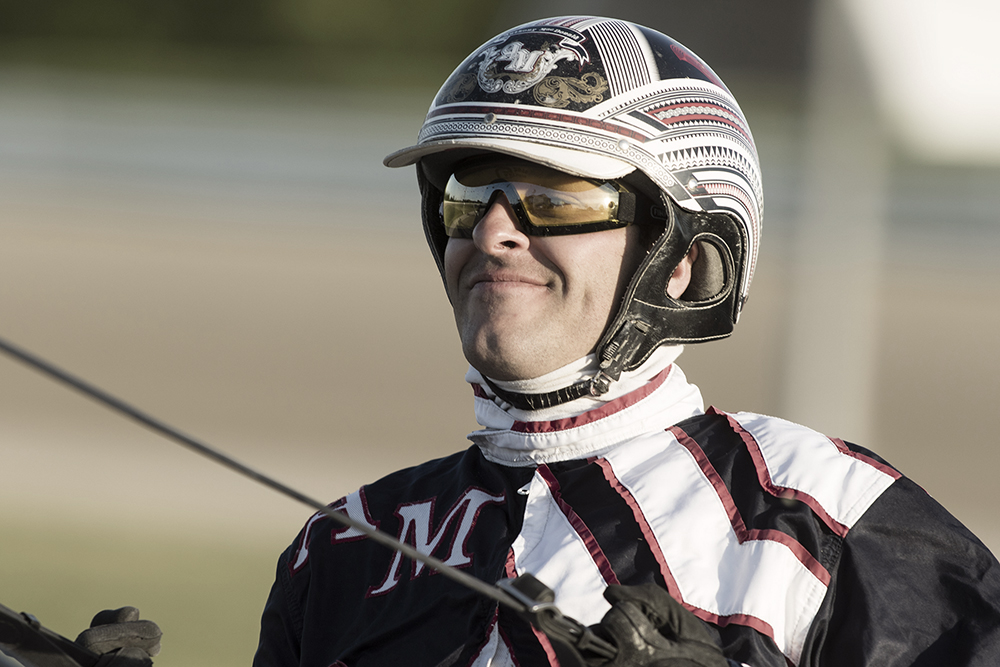 GUELPH, ON — Standardbred Canada announced that Anthony MacDonald, President and co-founder of TheStable.ca has been voted the 2019 recipient of the Cam Fella Award.

The Cam Fella Award will be presented to MacDonald at the annual O’Brien Awards Black Tie Gala on Saturday, February 1, 2020 at the Hilton Mississauga / Meadowvale Hotel in Mississauga, Ontario.

MacDonald, who has been training and driving horses since 1997, is receiving the award for the tireless and innovative work he has done in promoting harness racing and attracting new horse owners with the launch and growth of TheStable.ca.

TheStable.ca provides an opportunity for anyone to purchase a 1 percent share (or more) in a racehorse, while enjoying 100 percent of the horse ownership experience in their fractional ownership groups. TheStable.ca has removed many barriers to entry for newcomers to racehorse ownership and employs a comprehensive communications strategy to provide the owners with information and updates on their horses in a timely fashion in person and via social media and the web.

TheStable.ca promises a unique, ongoing entertainment experience which includes: bi-weekly professionally produced broadcasts of the horses in training, delivered via livestream; weekly commentary videos about all horses; weekly email communications; special events, including Open Houses and track outings; and an open invitation to visit the horses at TheStable.ca base at Tomiko Training Centre, in Campbellville, Ontario.

Anthony and his wife, Amy, who launched TheStable.ca in 2015, have fulfilled and exceeded their goal, attracting 760 people from 12 countries to horse ownership. In 2019 alone, TheStable.ca horses started 1,400 times in races in eight jurisdictions.

In addition to launching and growing TheStable.ca, during the past four years, MacDonald has spoken and made presentations about the future growth of harness racing in every major jurisdiction in North America plus Australia and New Zealand. This trip resulted in the launch of TheStable.ca in Australia with Anzac and Canadian owners.

They have also participated in Horse Ownership Workshops at Woodbine Mohawk Park, The Raceway at Western Fair District, and the London Selected Yearling Sale Equine Expo.

The growth of TheStable.ca is one of the most positive ventures in Canadian harness racing and its development has also inspired other fractional groups to emerge across the country. In Prince Edward Island, for example, at least six new fractional ownership groups have been formed bringing new owners into the game.

While growing the ownership base in Canada, TheStable.ca employs over 40 staff, and complements their racing efforts with Open House events, fundraisers, and trips to major races. Last summer they initiated and hosted Summer School Workshops – Barn Basics for Beginners, and Barn and Track for people who had basic experience with horses but wanted more hands on experience.

TheStable.ca had its very first on site Open House at Tomiko Training Centre on December 10, 2016, breaking new ground and featuring horses training on the track in sets of four captured by drone camera for an in-house and streaming video show, complete with commentary and interviews. Hundreds of people attended that event and since that time, they have hosted an additional six Open House events (Spring Showcase and Christmas Open Houses) to showcase their yearlings and horses for sale.

TheStable.ca has also made an important impact in its community, supporting charitable causes, and local events. The Open Houses always have a charitable component and in past years, they have raised monies for the Ontario Standardbred Adoption Society, Standardbred Retirement Fund, and the Guelph Food Bank. At the 2017 Open House event, clients and guests of TheStable.ca raised $2,300 and donated 2,750kg of food for the Guelph Food Bank.

MacDonald was recognized for his efforts in promoting fractional ownership when he was selected as The I Love Canadian Harness Racing Fan Club’s Ambassador of the Year for 2016 and in early 2017, he was honoured by the Standardbred Breeders of Ontario Association with its 2016 Lloyd Chisholm Achievement Award, recognizing a member of the harness racing community for their ongoing meritorious service.

Standardbred Canada established the Cam Fella Award in 1997, and fittingly its namesake was the first recipient acknowledging Cam’s unparalleled contributions to the sport of harness racing. The most recent winner of the award was Bill Andrew in 2016. To look at a complete list of winners, click here.

A national committee of 16 individuals representing the Standardbred community vote by secret ballot to determine the Cam Fella Award winner. A winner must receive 75 percent of the Yes votes to win.

Canadian-owned, trained and driven, Cam Fella was an outstanding racehorse in the early 1980s, winning 56 races, over $2 million in purse money and two consecutive Horse of the Year titles in North America. As a stallion, ‘Cam’ sired numerous world champions and horses with earnings in excess of $107 million. In early 1997, Cam Fella was diagnosed with testicular cancer and was retired from breeding. He died in May of 2001 at the Kentucky Horse Park, where he had lived for several years and served as an outstanding ambassador of the standardbred breed.

The creation of the Cam Fella Award was the harness racing industry’s way of ensuring that Cam’s contribution to the sport is never forgotten.

– With files from Standardbred Canada