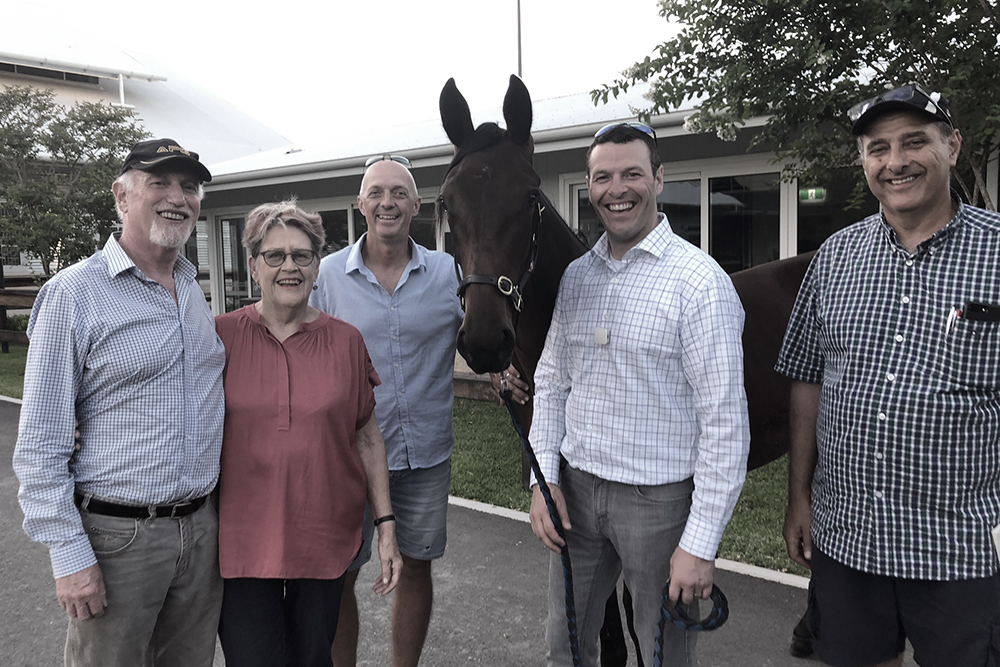 Darren McCall drove and trained the filly throughout her rookie season which spanned 13 starts between February and December and garnered two wins, two runner-up finishes and three thirds for earnings of $52,735 and a mark of 1:55.6.

Harness Racing New South Wales announced on January 14 all of the nominees for Horses of the Year for the 2019/20 season. Two-Year-Old Filly Pacer of the Year finalists are Anntonia, Girl From Oz and Merrywood Lyn.

One of the finalists from all four freshman divisions will be named the NSW Two-Year-Old of the Year.

NSW harness racing media to vote on the Horse of the Year categories. The winners will be announced on SKY Sports Radio on February 1.

Anthony MacDonald purchased Girl From Oz at the Australian Pacing Gold Yearling Sale in Sydney, AUS in February 2019 at the tail end of a two-week speaking tour.

She is owned by 16 people from four countries — including breeders Gwenda Murphy and John Pritchard.

Created by Anthony and Amy MacDonald of Guelph, ON in 2015, the award-winning business currently trains 100+ Standardbreds owned by 900 clients from 13 countries. The innovative and engaging model invites people to own a little and love it a lot. Clients can purchase as little as one percent of a horse, making the thrill of harness racing and racehorse ownership easy, accessible and affordable.