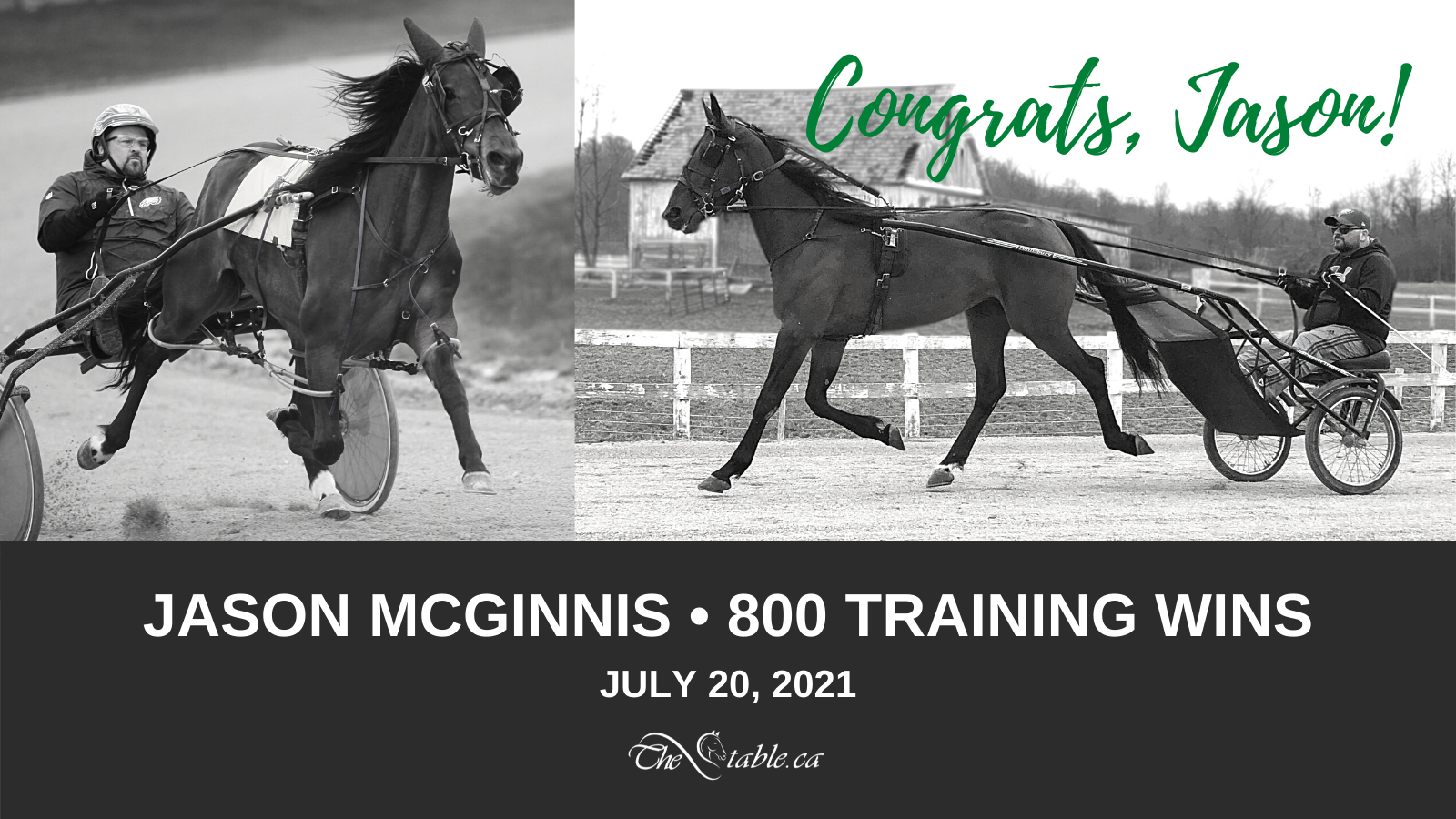 COLUMBUS, OH — Jason McGinnis notched his 800th career training victory on July 20, 2021. Rookie trotting filly Sweet On Pete provided the milestone with her second consecutive victory in the Buckeye Stallion Series over Scioto Downs in a new best of 1:59.2 with Anthony MacDonald.

McGinnis joined TheStable.ca in 2016. Since 2018 the Guelph, ON resident has spearheaded our successful Ohio summer operation which has developed such standouts as My Jazz, Globetrotting, Oh So Pine and world-record holder Yes.