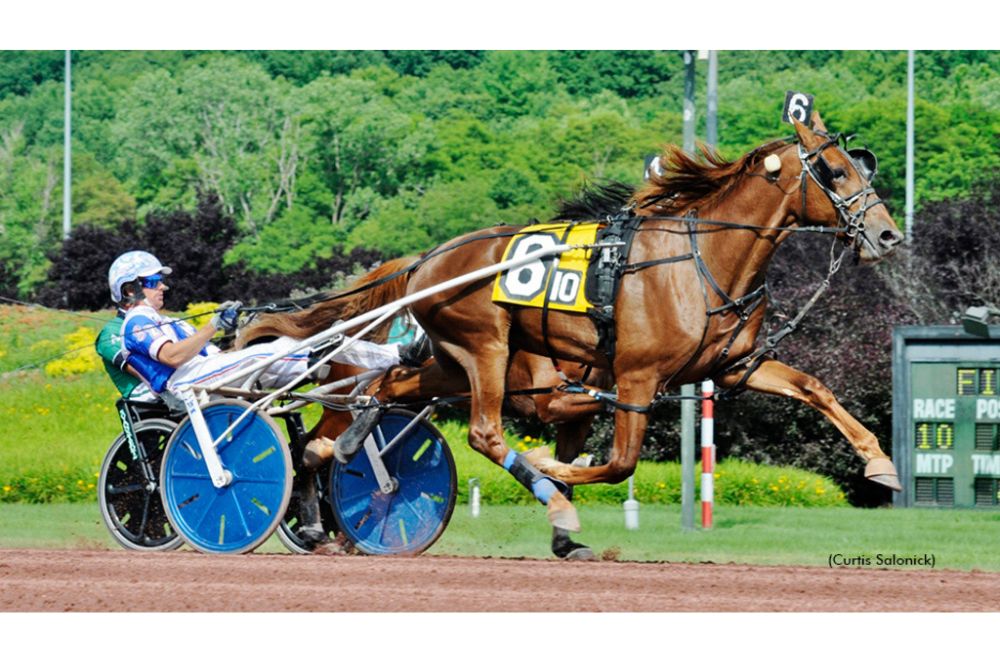 If you could draw up a dream debut for your colt, it probably would look a lot like the race Crantini recoded in his first start. In a $35,000 Pennsylvania All Stars split at Pocono, the two-year-old trotter left alertly from post eight, found the pocket, then rolled to victory in a stellar 1:56.4.

Now, the son of International Moni-Peach Martini will try to build on his impressive debut in Wednesday’s Hickory Pride, a $142,430 Pennsylvania Sire Stakes, at Hollywood Casino at The Meadows. The program also features a $60,000 PA Stallion Series event for freshman colt and gelding trotters. First post is 12:45 p.m.

A $35,000 yearling purchase, Crantini prepared for his debut with a pair of qualifiers at Woodbine Mohawk Park that displayed the joys and frustrations of racing two-year-old trotters; he cruised to victory in one, broke stride in the other. That, says his trainer, Megan Scran, shows his state of development.

“He can be a typical two-year-old — pretty silly — but for the most part he’s pretty professional on the racetrack,” said Scran. “He knows how to win on the front, he’s won off a helmet. My job is to keep him happy, healthy and sound.”

Scran’s own path to harness racing was circuitous.

“None of my family is into Standardbreds,” she said. “I grew up riding and showing horses. I met a friend in the business and I was looking for a change of pace.”

She cut her teeth working for trainer Trond Smedshammer before opening her own stable. Now, she conditions 14 head at her base at the Mark Ford Training Center in Middletown, New York.  She trains Crantini for Thestable Crantini Group, one of Anthony MacDonald’s fractional ownership groups.

Scran indicates she isn’t looking for any particular trip for Crantini, who goes in Race 9, Post 4, with Scott Zeron.

“Scott knows the best way to race a horse,” she said. “I never like to see them doing all the hard work, but it depends on the other horses in the race. In this day and age, you have to send them out as ready as can be because they just go so fast now.”

The Hickory Pride kicks off three straight days of sire stakes racing at The Meadows.

(Standardbred Canada with files from MSOA)