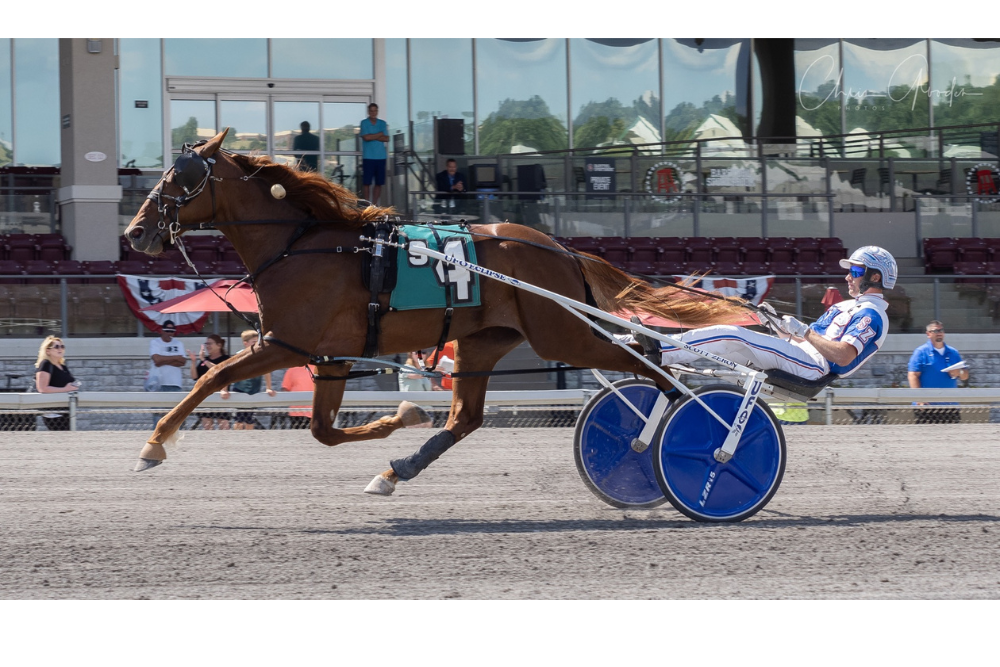 Washington, PA — Crantini idled while the field settled, then powered to the point and drew off late to keep his two-race career unblemished in Wednesday’s (July 13) $152,430 Pennsylvania Sire Stake at The Meadows. Kenobi captured the other split in the event, known as the Hickory Pride, for freshman colt and gelding trotters.

Crantini launched his career with a 1:56.4 win from post eight in a PA All Stars division at Pocono and was sent off the 3-5 favorite as a result. Even though he appeared parked early, winning driver Scott Zeron indicated that was not at all the case.

“He’s a really talented horse, and I thought the only way I would lose the race was by making a miscue early,” Zeron said. “So my intent was to not rush him out of the gate is all it was. I waited for him to get his feet underneath him and pressed on to the front. He’s super-nice, and he has three lungs. We’re just hoping he still loves his job every week. He’s a chestnut; I hope nobody tells him that.”

The son of International Moni-Peach Martini had little trouble repelling the first-over challenge of Southwind Distilld, downing him by three lengths in 1:56.2. Herodotus earned show.

As if that weren’t enough, Crantini, who races for one of MacDonald’s fractional ownership groups, captured his PASS division to remain undefeated.

Twaddle said he couldn’t remember sweeping anything previously as a trainer or a driver.

Of the trio, Austral Hanover was most impressive, powering to the top at the quarter and crushing the field by 6-3/4 lengths in a career-best 1:57.2. Lookintogetlucky and Alonso rounded out the ticket.

“I think he’s on the cusp of breaking through to the sires stakes,” Twaddle said. “In fact, we discussed putting him there and trying him, but we opted for the more conversative route to let him develop. Anthony is very patient. He lets them let him know when it’s time.”