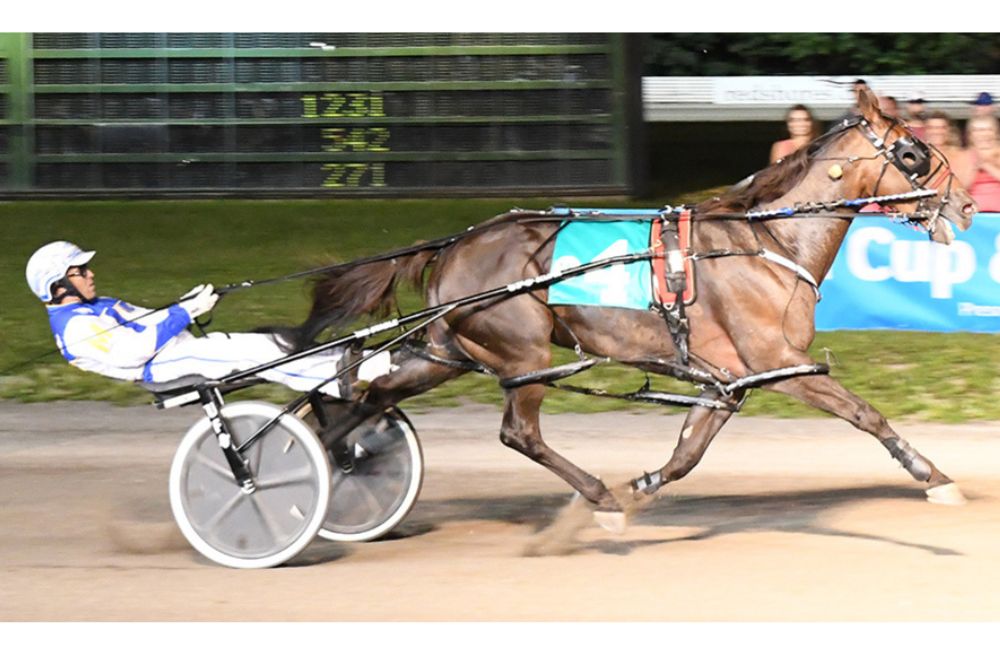 Canadian stalwart Sintra trekked his trade to Prince Edward Island to land himself in the province’s largest race after a 1:50.3 sizzler in the second of two $12,500 Gold Cup & Saucer Trials on Saturday night (Aug. 13) at Charlottetown Driving Park.

With James MacDonald returning home for the drive, Sintra sat third as Island Beach Boy posted heated fractions of :27.1 and :54.2 on an uncontested lead. MacDonald then made his move after the leader, who began to tire to three-quarters in 1:23.1. Sintra took over command to the final turn and slipped to a 2-3/4-length win over Major Hill with Laughagain Hanover taking third.

A nine-year-old gelding by Mach Three, Sintra won his 40th race from 110 starts and has now earned $1,523,807. Jamie Smith handles the training in P.E.I. for Sintra and his owner Thestable Sintra Group. He paid $2.80 to win.