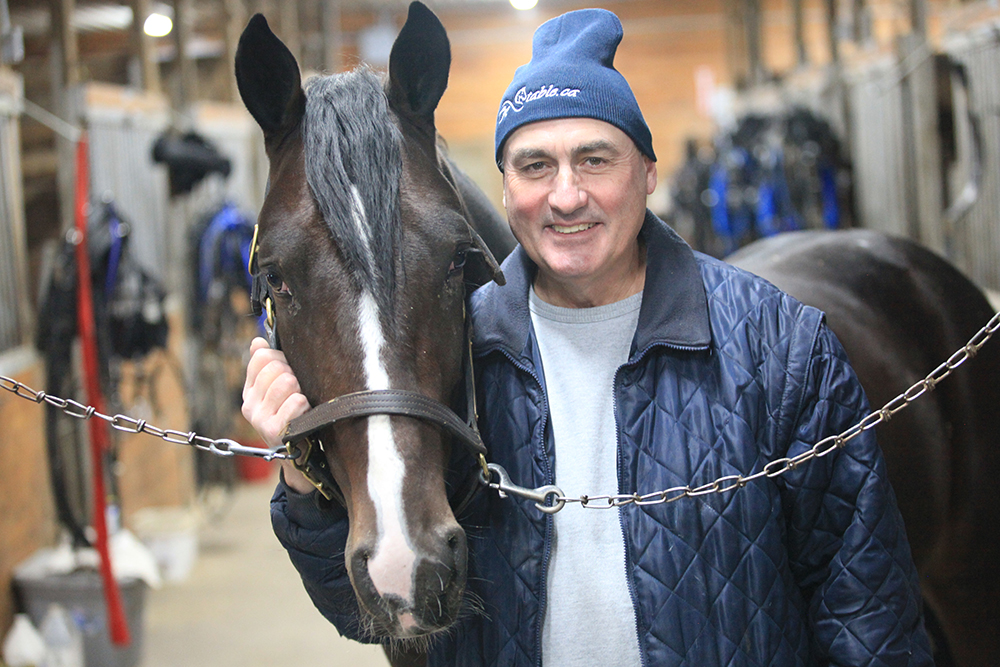 Trainer Harry Poulton was inducted into the Prince Edward Island Sports Hall of Fame last night (November 25) in a ceremony in Charlottetown.

Poulton has been a trainer with TheStable.ca since 2017 and has had outstanding success in his four decades in the harness racing industry.

A PEI native who moved to western Canada when he was 18, Poulton has the distinction of training not just one, but two world champion horses.

Teaming up with owners Gordon and Illa Rumpel, Poulton turned On The Road Again (bought for $10,000) into a horse that earned over $3 million in three years. On The Road Again was named Canada’s Horse of the Year in 1984 and 1985, in addition to being named both Three-Year-Old Pacing Colt of the Year and Aged Pacing Colt of the Year. Notable race wins included both the Meadowlands Pace and the Canadian Pacing Derby.

Remarkably, Poulton trained another world champion in Matts Scooter, who won more than $3 million and was another two-time Canadian Horse of the Year. Poulton’s tremendous achievements have seen him win the Canadian Trotting Horseman of the Year in 1988, and Glen Garnsey North American Trainer of the Year award in 1989. That year also saw Poulton train and drive Stargaze Hanover to victory in the Gold Cup and Saucer.