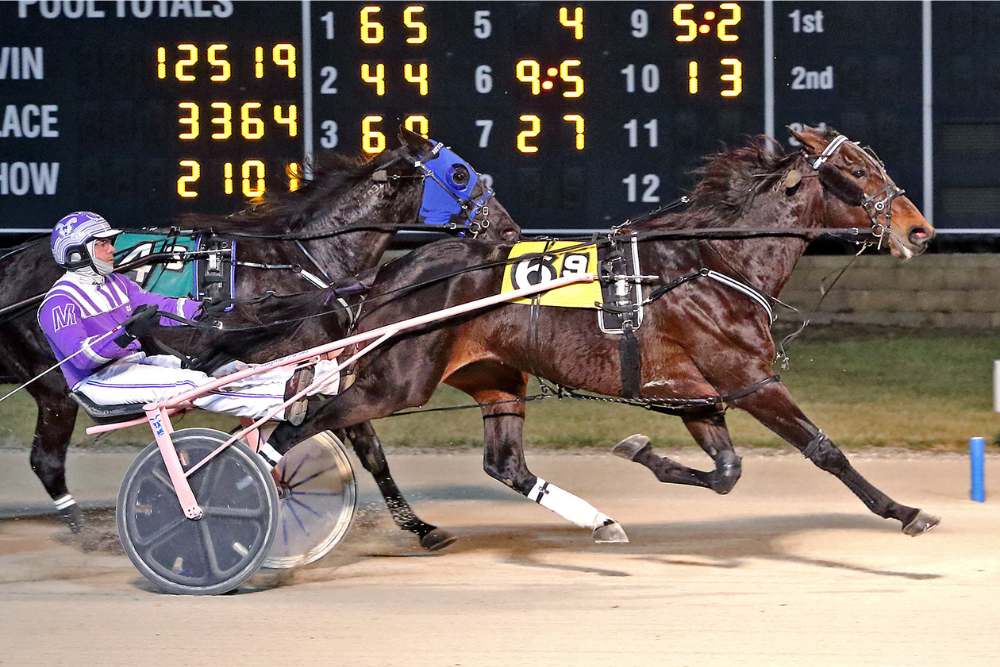 On a night when TheStable.ca won all four races on the docket, Kings County made a great day even better by securing his second track record of 2022.

This time it was at Hollywood Dayton Raceway on December 21. He captured the $25,000 Open Handicap Trot in 1:52.2, shaving a fifth of a second off the record for stud horses at least five years of age.  Mission Accepted (2020) and Whata Swan (2021) had shared the local divisional standard.

Driver Brett Miller scooted Kings County out of the gate quickly, but relented to a pair of leavers on his inside before reaching the first quarter in :27.4. With Angel Nation and Winning Ticket temporarily in front of him, Miller elected to move to the point during the second quarter.

After reaching the halfway junction in :56, the mild favourite put the pedal to the metal to open a two-length advantage at the 1:23.4 third quarter station. Softening ever so slightly through the stretch, Kings County held Angel Nation at bay by just under a length at the finish line. Dontforgetlittlman turned a ground saving trip along the pylons into a show finish in the full field. Sly Little Fox and million-dollar winner Mission Accepted earned the minor spoils.

His first track record of the year was on July 29 when he set a new career mark of 1:51.4 in the Open Trot at Scioto Downs with Dan Noble