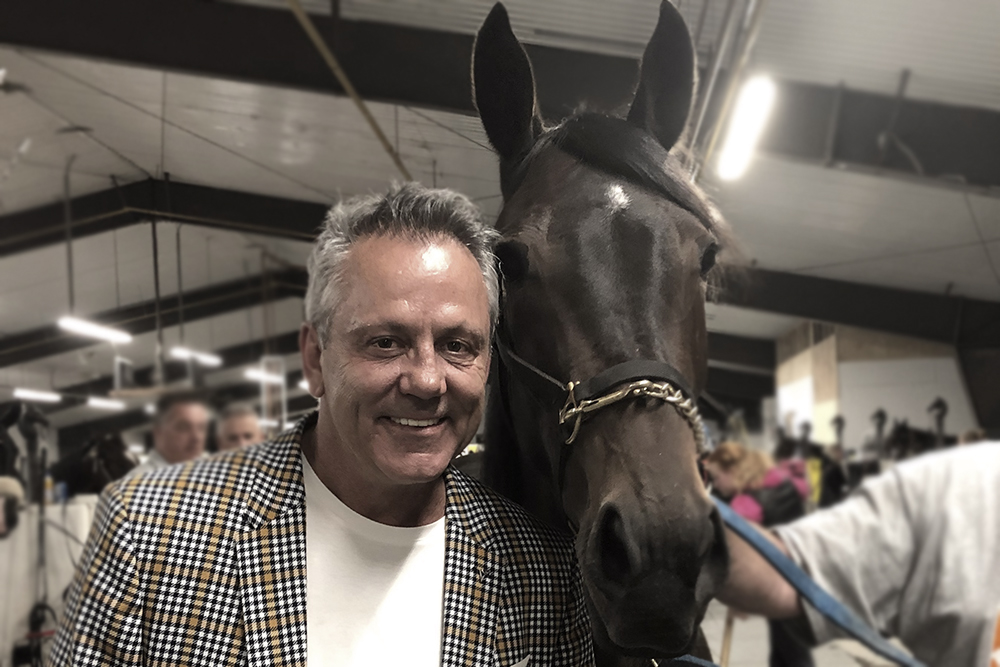 NHL Hall of Famer Doug Gilmour was part of a group of 50 clients of TheStable.ca in attendance at Woodbine-Mohawk Park on September 27 to cheer on five horses owned by the fractional ownership stable competing in the Ontario Sires Stakes Grassroots Semi Finals.

Gilmour is one of three NHL alumni, and 700 clients from 12 countries, involved with TheStable.ca. His fellow hockey greats are Eddie Olczyk and Rick Vaive.

Gilmour is one of 12 owners in pacing filly Capistrano, a winner of $40,000 and three races from five starts in her rookie season.

Gilmour was a guest on Woodbine-Mohawk Park’s broadcast and spoke about the ownership experience with host Chad Rozema.

This award-winning fractional racehorse ownership operation is based in Guelph, ON. During the racing season, there are approximately 150 Standardbred horses owned by nearly 700 people from 12 countries worldwide.

The innovative and engaging model invites people to own a little and love it a lot. Clients can purchase as little as one percent of a horse, making the thrill of harness racing and racehorse ownership easy, accessible and affordable.