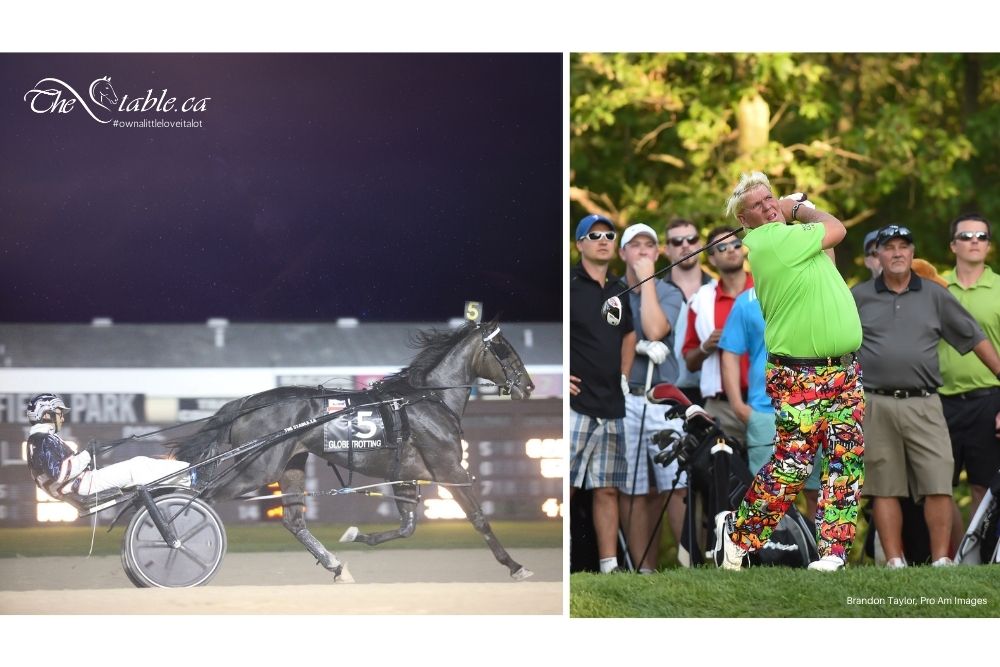 Daly turned pro in 1987, when he captured his first pro victory in the Missouri Open. In 1991, he joined the PGA TOUR, won the PGA Championship and earned PGA TOUR Rookie of the Year honors. He won the British Open in 1995 and the Buick Invitational in 2004, when he was also named the PGA TOUR Comeback Player of the Year.

Best known for his driving distance off the tee (earning him the nickname Long John) Daly is noted for his free-wheeling attitude, multiple business ventures, and his involvement with many charities, including several in his home state of Arkansas.

Daly’s horses within TheStable.ca include two yearlings bred in Pennsylvania and Ohio (which are poised to begin their racing careers in the summer of 2021). He’ll also join 20 other clients of TheStable.ca who share in the ownership of three-year-old trotting filly Globetrotting — a winner of seven races from 17 starts and $211,519.

The golfer is among 800+ clients from 12 countries who #ownalittleloveitalot with TheStable.ca.

“I’ve always been intrigued by horse racing, but didn’t really know how to get involved,” said Daly. “I heard about TheStable.ca from a friend and when Anthony (MacDonald) reached out to me, it became clear this was something I wanted to do,” he said. “The folks at TheStable.ca made it so easy to get involved; there really was no reason not to.

“When I’m not on the golf course, I’m pretty excited to sit back and watch my horses race. It’s gonna be fun!”

While Daly is the first pro golfer, he is not the lone pro athlete among the award-winning operation’s clientele. NHL alumni Doug Gilmour, Rick Vaive and Eddie Olczyk have been clients since 2018 and Shayne Corson joined earlier this year when the yearling trotter U Gotta Be Leaf was added to the roster as part of a fundraising effort for McMaster Children’s Hospital Foundation.

TheStable.ca was created by Anthony and Amy MacDonald in 2015. Based in Guelph, ON, the harness racing operation typically owns and trains 100 – 150 horses which race in several jurisdictions throughout Canada, the U.S. and Australia.

Clients can purchase as little as one percent of a horse, making the thrill of harness racing and racehorse ownership easy, accessible and affordable. In addition to weekly video commentary updates about each horse, TheStable.ca uses innovative video production to present bi-weekly drone broadcasts delivered via livestream to show the horses in training. Clients are always welcome to visit their horses at Tomiko Training Centre (near Hamilton, ON).

For information about what to expect as a client of TheStable.ca, start here. Contact kelly@thestable.ca with questions.