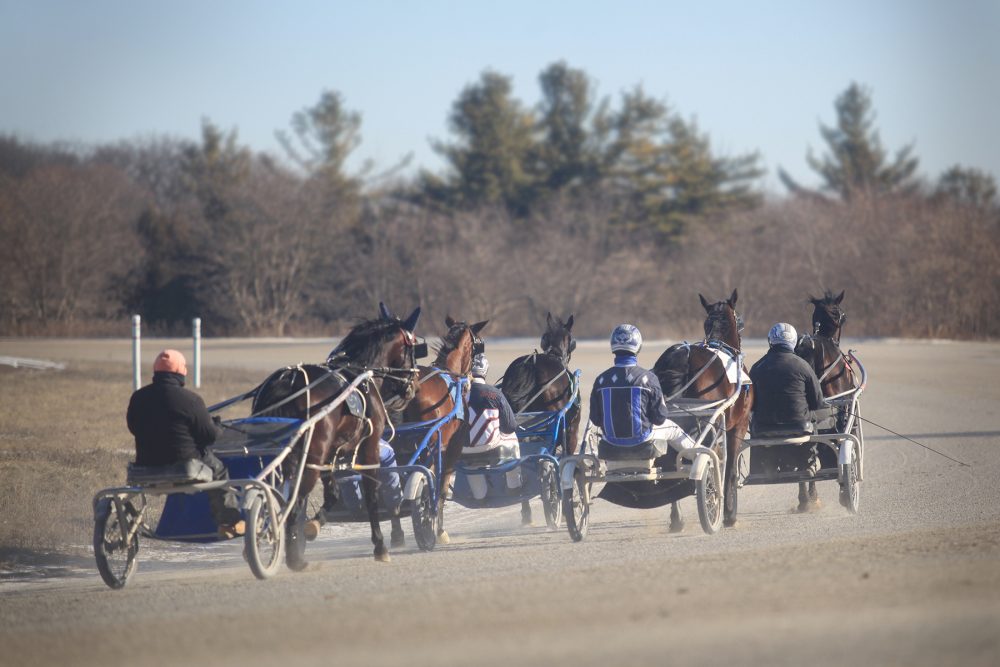 GUELPH, ON — Viewers of TheStable.ca Virtual Winter Open House on December 18 raised $3,000 for the Ontario Standardbred Adoption Society (OSAS). Donations were collected from several of the 500 people who provided an RSVP for the livestream event which featured 45 of TheStable.ca’s yearlings training in eight sets.

Each winter and spring, TheStable.ca hosts an in-person Open House at its homebase, Tomiko Training Centre, in Puslinch, ON. The event is always streamed online. Removing the in-person element because of the pandemic, the broadcast was enhanced to include hosts Mark McKelvie, Fred MacDonald, and Bill O’Donnell reporting from their respective studios in Guelph, Charlottetown (PEI) and Milton. Anthony MacDonald co-hosted from track-level.

Vaive and Corson — along with Doug Gilmour — own shares of the yearling colt U Gotta Be Leaf. A one percent stake in the trotter (and free expenses for one year) was the grand prize of the event and was awarded to Thomas Welsh of Clifford, ON.

The other prize winners were:

An archive of the four-hour livestream event is available on TheStable.ca YouTube channel.

TheStable.ca extends its thanks to everyone who contributed to the Virtual Open House, donated to the fundraiser for OSAS, and tuned into the broadcast.

Between 100 – 150 Standardbred horses are part of TheStable.ca at any given time, racing in nine jurisdictions throughout North America and Australia. The horses are owned by 800+ people from 13 countries worldwide.

The innovative and engaging model invites people to own a little and love it a lot. Clients can purchase as little as one percent of a horse, making the thrill of harness racing and racehorse ownership accessible and affordable.

This award-winning fractional racehorse ownership operation was crafted in 2015 by Anthony and Amy MacDonald of Guelph, ON to remove the traditional barriers to racehorse ownership: cost, access and risk. Communication and customer service are the cornerstones of TheStable.ca. The operation embraces technological solutions to engage audiences, deliver consistent updates about the horses and create an ongoing entertainment experience.